To share your memory on the wall of Rosa Del Rio, sign in using one of the following options:

Provide comfort for the family of Rosa Del Rio with a meaningful gesture of sympathy.

Provide comfort for the family by sending flowers

Show you care by sending Flowers

We encourage you to share your most beloved memories of Rosa here, so that the family and other loved ones can always see it. You can upload cherished photographs, or share your favorite stories, and can even comment on those shared by others.

RI Hispanic Officers Association, David & Diane Comerford, and others have sent flowers to the family of Rosa Minerva Del Rio.
Show you care by sending flowers

Posted Jul 24, 2019 at 03:31pm
Luis and family,We are deeply saddened to hear on the loss of your mother.May God help and give you strength during this time of healing.Prayers to you all............ Matos Family
Comment Share
Share via:
RA

Posted Jul 23, 2019 at 02:12pm
On behalf of all your RIHOA brothers and sisters, our deepest condolences. Rest in Eternal peace. Dios la Bendiga 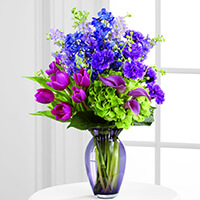 Posted Jul 22, 2019 at 11:07am
The Jeffrey Family sends our most heartfelt sympathies for your loss. Our thoughts are with you and your family during this difficult time.