In Memory of
Margaret Catherine
Riggio
1948 - 2021
Click above to light a memorial candle.
Memorial Candle Tribute From
Schuyler Hill Funeral Home
"We are honored to provide this Book of Memories to the family."
View full message >>>
Send Flowers
Menu

In the event that there is an error
in the information presented,
please contact the funeral
home by clicking here. 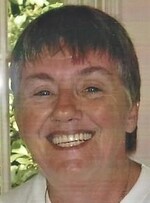 Margaret C. Riggio was a lifelong Bronx resident. A single parent she raised her three children in Pelham Bay and later moved to the Throgs Neck area with her daughters. She was very active in the PTA of PS 71 where her children attended school and would later become the school's School Safety Officer until her retirement in 2007. A beloved mother, grandmother, aunt, great aunt and friend she will be missed by all who knew her.

To send flowers to the family or plant a tree in memory of Margaret Catherine Riggio, please visit our Heartfelt Sympathies Store.